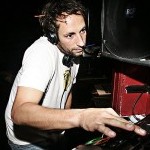 Sydney-based, British born DJ, D-Funk has amassed a fair few achievements in his 25-years on the decks. Making his club debut at The Depot in Bristol in 1995 (I was so nervous I thought I’d never do it again!” he remembers), he’s gone on to DJ all over the world, playing notable sets at Space Ibiza and Ministry Of Sound and released on labels including Sunday Best and Bombstrikes.

‘How it all started…’

Getting his first set of decks at 14, Doug initially fell for the sounds of jungle and techno before a night dancing to house icon Tony De Vit in 1997 turned him towards the slinkier sounds of house music.

“The energy in the crowd that night was like nothing I’d been part of before,” he remembers fondly. “Every beat, every clap, every build up was just so inspiring and euphoric. I’d always been fascinated by the art of mixing but suddenly it just all made sense.”

His DJ career began to take off during his time at university in Wolverhampton where he started to pick up gigs at the Canal Club and Mezzanine, playing alongside DJs including Joey Negro, Mr Fingers, Scott Bond and Lisa Lashes, before a move to the South-Coast town of Bournemouth led him to eventually start his own night ‘Break Da House’ in 2004. “I was playing mainly house nights at the time,” he explains. “But started to get bored as I wanted to play a mixture of house and breaks as well as the funk, soul, disco and hip-hop stuff I was really into too.”

“I was inspired by early Stanton Warriors stuff that fused breakbeat and house together. They seemed to be able to play breaks to a house crowd, so I thought I’d be able to as well.”

The night took off, attracting big names including The Stanton Warriors and Plump DJs and eventually led to D-Funk’s first release, the ‘Electrotek’ EP after Dub Pistols headlined one night and Barry Ashworth from the band decided to release Doug’s music on his Westway label. The track found its way onto a TV ad in Portugal, as well as becoming a mainstay on Kiss FM’s breakbeat chart and gave Doug the confidence to pursue a career as a producer as well as a DJ, eventually leading to releases on Adapted Records and Ghetto Funk among countless other labels over the next 15 years

Another great achievement was being nominated for ‘Best Breakthrough DJ’ at the International BreakBeat Awards (Breakspoll) in February 2009. 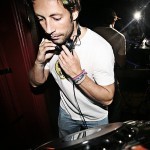 Moving to Sydney Australia in 2009, Doug started his label Upstart Music, releasing his own productions alongside tracks from the likes of Crackerz & Jam, Niko & Lyall and Rogue Robot and later started the funk label Grits N Gravy alongside friend and funk producer Philly Blunt, with the label winning the ‘Best Label’ award at Perth Dance Music Awards in 2010.

Since living in Sydney, Doug has held down residencies at The World Bar and The Standard for the best part of a decade, as well as regular slots at Sash, Ivy and Hugos. But there was still demand for him back on the side of the world and he regularly returned to Europe to play at Space Ibiza (including a set at the penultimate night of Carl Cox’s Revolution party) as well as touring in the UK, Europe and Canada.

“The music scene here in Australia is very different to U.K and has definitely influenced what I make and play,” he tells us. “It’s generally more hip hop based and that cut and paste ethic has really suited me and fed into the early funky breaks stuff I did a lot.”

Now 25 years into his career, Doug is about to mark the 10th anniversary of his label Grits ‘N’ Gravy, with a compilation due this year mixed by himself and Philly Blunt, and has been busy producing house, hip hop and nu-disco with his current production partner Mr Doris.

“2020 was a hard year for everyone,” he says. “But while I haven’t been able to get out and DJ as much, I’ve focused on making lots of new music and it’s given me time to look back and reflect on everything I’ve managed to achieve over the years and all the great times I’ve shared with friends all across the world.”